One of the challenges levelled at advocates of the importance of play for learning in the Early Years Foundation Stage (EYFS) has been the absence of solid evidence for its importance. Has anyone ever tested this theory? Where are the randomised controlled trials?

The assumption that play is an essential vehicle for learning is widespread and has for many years dominated approaches to teaching young children. But is it anything more than an assumption?  I can understand why critics have doubts.  After all, EY teachers tend to say “Of course play is important. Why would you question that?” rather than “Of course play is important (Smith & Jones, 1943; Blenkinsop & Tompkinson, 1972).”  I think there are two main reasons why EY teachers tend not to cite the research.

First, the research about play is mainly from the child development literature rather than the educational literature. There’s a vast amount of it and it’s pretty robust, showing how children use play to learn how the world works: What does a ball do? How does water behave? What happens if…?  If children did not learn through play, much of the research would have been impossible.

Secondly, you can observe children learning through play. In front of your very eyes. A kid who can’t post all the bricks in the right holes at the beginning of a play session, can do so at the end. A child who doesn’t know how to draw a cat when they sit down with the crayons, can do so a few minutes later.

Play is so obviously the primary vehicle for learning used by young children, that a randomised controlled trial of the importance of play in learning would be about as ethical as one investigating the importance of food for growth, or the need to hear talk to develop speech.

what about play at school?

But critics have another question: Children can play at home – why waste time playing in school when they could use that time to learn something useful, like reading, writing or arithmetic? Advocates for learning through play often argue that a child has to be developmentally ‘ready’ before they can successfully engage in such tasks, and play facilitates that development ‘readiness’. By developmentally ‘ready’, they’re not necessarily referring to some hypothetical, questionable Piagetian ‘stages’, but whether the child has developed the capability to carry out the educational tasks. You wouldn’t expect a six month-old to walk – their leg muscles and sense of balance wouldn’t be sufficiently well developed. Nor would you expect the average 18 month-old to read – they wouldn’t have the necessary language skills.

Critics might point out that a better use of time would be to teach the tasks directly. “These are the shapes you need to know about.” “This is how you draw a cat.” Why not ‘just tell them’ rather than spend all that time playing?

There are two main reasons why play is a good vehicle for learning at the Early Years stage. One is that young children are highly motivated to play. Play involves a great deal of trial-and-error, an essential mechanism for learning in many contexts. The variable reinforcement that happens during trial-and-error play is strongly motivating for mammals, and human beings are no exception.

The other reason is during play, there is a great deal of incidental learning going on. When posting bricks children learn about manual dexterity as well as about colour, number, texture, materials, shapes and angles. Drawing involves learning about shape, colour, 2-D representation of 3-D objects, and again, manual dexterity. Approached as play, both activities could also expand a child’s vocabulary and enable them to learn how to co-operate, collaborate or compete with others. Play offers a high learning return for a small investment of time and resources.

why not ‘just tell them’?

But isn’t ‘just telling them’ a more efficient use of time?   Sue Cowley, a keen advocate of the importance of play in Early Years, recently tweeted a link to an article in Psychology Today by Peter Gray, a researcher at Boston College. It’s entitled “Early Academic Training Produces Long-Term Harm”.

This is a pretty dramatic claim, and for me it raised a red flag – or at least an amber one. I’ve read through several longitudinal studies about children’s long-term development and they all have one thing in common; they show that the impact of early experiences (good and bad) is often moderated by later life events. ‘Delinquents’ settle down and become respectable married men with families; children from exemplary middle class backgrounds get in with the wrong crowd in their teens and go off the rails; the improvements in academic achievement resulting from a language programme in kindergarten have all but disappeared by third grade. The findings set out in Gray’s review article didn’t square with the findings of other longitudinal studies. Also, review articles can sometimes skate over crucial points in the methods used in studies that call the conclusions into question.

what the data tell us

So I was somewhat sceptical about Dr Gray’s claims – until I read the references (at least, three of the references – I couldn’t access the second). The studies he cites compared outcomes from three types of pre-school programme; High/Scope, direct instruction (including the DISTAR programme), and a traditional nursery pre-school curriculum. Some of the findings weren’t directly related to long-term outcomes but caught my attention:

Essentially, the studies cited by Dr Gray found that educational approaches featuring a significant element of child-initiated learning result in better long-term outcomes overall (including high school graduation rates) than those featuring direct instruction. The reasons aren’t entirely clear. Peter Gray and some of the researchers suggested the home visits that were a feature of all the programmes might have played a significant role; if parents had bought-in to a programme’s ethos (likely if there were regular home visits from teachers), children expected to focus on academic achievement at school and at home might have fewer opportunities for early incidental learning about social interaction that could shape their behaviour in adulthood.

The research findings provided an unexpected answer to a question I have repeatedly asked of proponents of Engelmann’s DISTAR programme (featured in one of the studies) but to which I’ve never managed to get a clear answer; what outcomes were there from the programme over the long-term?  Initially, children who had followed direct instruction programmes performed significantly better in academic tests than those who hadn’t, but the gains disappeared after a few years, and the long-term outcomes included more years in special education, and later in significantly more felony arrests and assaults with dangerous weapons.

This wasn’t what I was expecting. What I was expecting was the pattern that emerged from the Abecedarian study; that academic gains after early intervention peter out after a few years, but that there are marginal long-term benefits. Transient and marginal improvements are not to be sniffed at. ‘Falling behind’ early on at school can have a devastating impact on a child’s self-esteem, and only a couple of young people choosing college rather than teenage parenthood or petty crime can make a big difference to a neighbourhood.

The most likely reason for the tail-off in academic performance is that the programme was discontinued, but the overall worse outcomes for the direct instruction children than for those in the control group are counterintuitive.  Of course it doesn’t follow that direct instruction caused the worse outcomes. The results of the interventions are presented at the group level; it would be necessary to look at the pathways followed by individuals to identify the causes for them dropping out of high school or getting arrested.

There’s no doubt that early direct instruction improves children’s academic performance in the short-term. That’s a desirable outcome, particularly for children who would otherwise ‘fall behind’. However, from these studies, direct instruction doesn’t appear to have the long-term impact sometimes claimed for it; that it will address the problem of ‘failing’ schools; that it will significantly reduce functional illiteracy; or that early intervention will eradicate the social problems that cause so much misery and perplex governments.  In fact, these studies suggest that direct instruction results in worse outcomes.  Hopefully, further research will tell us whether that is a valid finding, and if so why it happened.

I’ve just found a post by Greg Ashman drawing attention to a critique of the High/Scope studies.  Worth reading.  [edit 21/4/17] 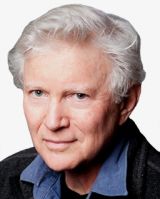 Peter Gray, Ph.D., is a research professor at Boston College and author of the newly published book Free to Learn (Basic Books) and Psychology.

A Frugal Man’s Guide to Happiness and Health

For me, the inexpensive ways to do things are also the healthiest and most fun.

Sue Cowley is a robust advocate of the importance of play in learning https://suecowley.wordpress.com/2014/08/09/early-years-play-is/